Provinces where the title of naturopath is regulated

If you are practicing in a province in which the title of naturopath (ND) is regulated (British Columbia, Alberta, Saskatchewan, Manitoba, Ontario or Nova Scotia), you must be a member of the regulatory body relevant to this province in order to be recognized naturopath. Since 2011, some insurers like Cooperators, Empire Life, Great-West Life, Greenshields, Manulife, Medavie Blue Cross, RWAM and Sun Life decided to reimburse only if you are recognized naturopath by the provincial body. In Ontario, for example, you have to be a member of the College of Naturopaths of Ontario (CONO) to be reimbursed. The other insurers however, still reimburse the costs of naturopathy even in regulated provinces.

« Psychotherapists now regulated by Bill 21 in Quebec
The May 1, 2019 Renewal Notice sent by email » 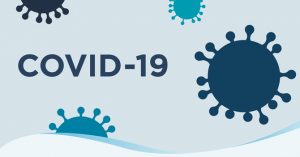 The Academy of Naturopaths and Naturotherapists of Canada is a multidisciplinary group which has accredited more than 6,000 naturopaths or naturotherapists across Canada since its foundation in 1987.

Academy of Naturopaths and Naturotherapists of Canada